Making The Transition To Sales Hires 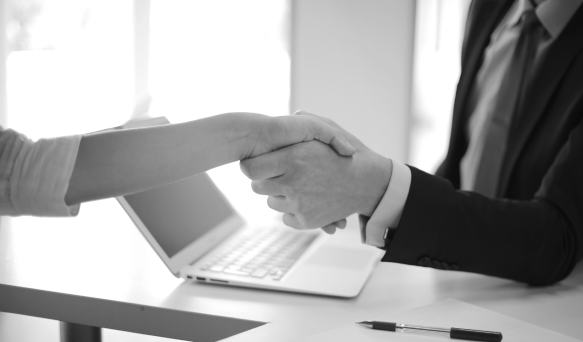 For B2B startups there comes a time when the founder can no longer manage the sales process himself and needs to hire salespersons to keep up. This is an important transition and you must succeed at this. But it is hard to do and failure is more common than success.

There are such a wide variety in situations that it’s hard to boil this down into a checklist. We will try explain through case studies. This is the first in a series of posts on this topic.

Pramod runs a software testing product-as-a-service that helps banks accelerate user acceptance testing and crash their go-to-market time for new product launches. He found success in India as banks found his proposition extremely valuable. Pramod ran the sales process entirely on his own; he is very good at consultative selling. He reached his prospects primarily through his friends in the industry and ex-colleagues.

It seemed like a good idea to expand to North America. The value proposition was as valid for USA and the prospect of dollar sales was alluring. He hired a VP, North America Sales, a professional with 20 years of experience in FinTech sales at large companies. It cost a pretty penny. The Indian business was generating some cash and Pramod put all of it on his US bet.

The salesperson was quickly able to get meetings with mid-level IT managers at prospective banks and from there upwards to SVP IT – typically 1 level below CTO. At each bank this process took about three calls and two in-person meetings. The journey took about three months.

With six months in and no deal, Pramod told himself that he should be patient. After all, he reckoned, this kind of selling takes time. There were tons of discussions, presentations, demos. In a couple of leads he was told ‘bank is waiting for the right project to try our service’. In short, a lot of action but no business.

As each month went by Pramod got nervier. Pramod demanded that his VP start to expand his circle beyond banks in the East Coast and that he cold-call IT managers at banks in the Mid-West. The VP refused to do cold-calling saying that it was not his job and that it would damage his career. After 12 months, Pramod and the VP had an angry fall out and that put a pause to Pramod’s US ambitions. Some precious money spent and even more precious time lost.

We can think of several things that went wrong with Pramod’s strategy. Here we focus on one mistake that Pramod made – the assumption that the ideal salesperson to hire would be ‘someone like myself’. Turns out that this mistake is made quite often.

Early in your startup’s life you are constantly making little (and sometimes large) modifications to the offering and value proposition based on what your prospect wants to hear. You are constantly making promises to move the deal forward. This works when you are also in charge of the product and implementation teams. You have the information to manage risks while making such promises. You know how much to oversell. You know you can rally the Product team to deliver should the sale happen.

With a salesperson it gets harder. She needs to work with a tighter product definition and a tighter script. She can afford to make fewer off-the-cuff claims while constantly coordinating with the product team. At the same time, she needs to be able to navigate through unscripted territory ever so often and judiciously push back on product and implementation. Indeed, this role is much harder than yours!

Preparing to induct the first salesperson

You have to equip your salesperson with the preparation and tools to succeed.

Firstly, set up a formal sales pipelining and review process even if there is only one person in the Sales team. Understand that there are different moving parts here. Know the ‘Sales Journey’ – finding prospects, to getting a meeting, to reaching the decision maker, making the pitch, resolving objections, managing multiple stakeholders, making the proposal and finally closing the deal.

Map out what is required for each step. There is a ton of material out there to educate yourself. Nevertheless, it is hard when you actually do it. Your mentor could help you.

Figure out the weak links – your Sales team is only as good as the weakest link. Also figure out those characteristics of your customers that made them especially attracted to your offering. Make sure this essence is not lost as you delegate.

Understand that there are several pieces to this jigsaw puzzle that must be solved for. Your sales hire is but one of them.

For instance, do you need somebody with a ready rolodex (large price tag!)? Do you need someone to generate leads? Do you need Do you need a digital marketing expert? A person who can do concept selling once contact is established? Do you really need feet-on-the-street?

Once you know what your salesperson is expected to do, you can figure out what kind of profile best suits the position. It’s unlikely to be someone like you!

What you are being asked to do in this post is not easy. But you must start this process and keep improving it with experience. That matters more.